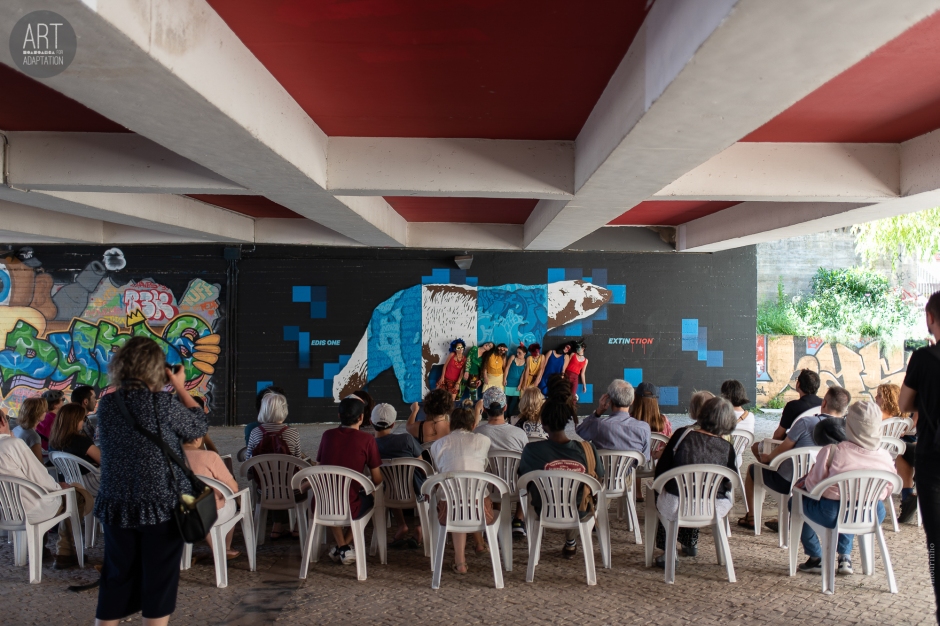 The whole adventure started back in 2017 when Sara Dal Corso and I, developed the idea of a community theatre project on climate change. After two years of applying for funding, we could finally start in the beginning of 2019 with a very limited budget. Over a 3,5-months period we engaged 15 project participants in weekly interactive art-&-science workshops. Inspirations were endangered species, climate fiction, historic events, utopian visions and many others. From these inspirations small performances started to crystallize and the play was created. The public performance took place at Festival de Telheiras, Lisbon, 26 May 2019. We had three sold out shows! To us it was moving, special and inspirational. It showed the power of community and the importance of meaning-making to create climate action. Luckily Guilherme Ornelas was there to film it to capture the moment and later Elisa Purfürst could edit it.